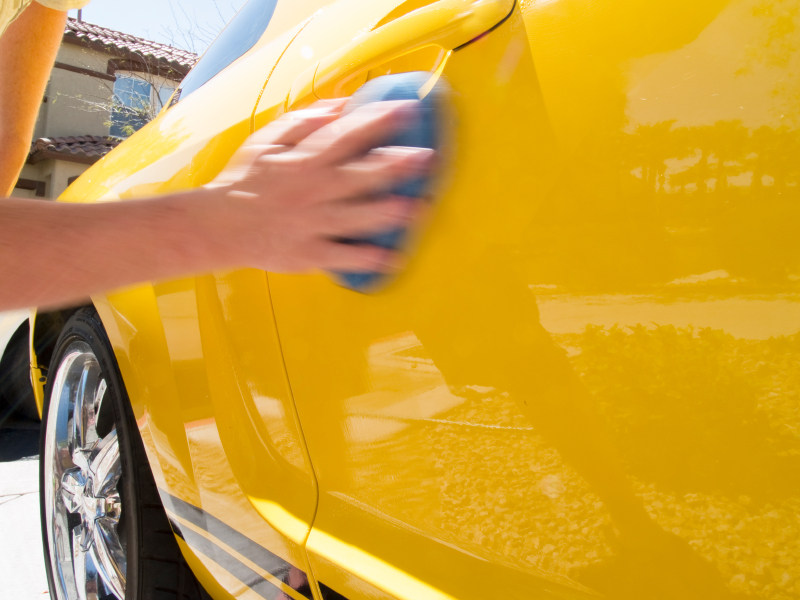 Premium Auto Detailing – Can You REALLY Get It From That Car Wash?

Your big industrial-like car washes are… well, they’re like an assembly line where they send them through an automatic system, pretty simple process… There are some essential best car wash products that are needed to provide your vehicle with a shine you can brag about.

Usually, to start, they’ll pull up to a vacuum area, where, how well you get your car vacuumed out pretty much depends on which minimum-wage guy you get, and what kind of mood he’s in that day. Let’s just tell the truth about it here. Sometimes you get a good deal. Other times, well, you’ve taken your car to these washes. You know just what I’m talking about here.

Then they pull them around to the next stage where a crew will spray them off, and they might add any cleaners (that are way too STRONG) to your tires or wheels… usually they’ve got a really strong degreaser, or a really strong bug remover, something like that, and then they pressure wash the vehicle off really quickly and just send it through, where they’re usually put on a track system…

This system… it’s an automatic thing. They’ll put your car in neutral, and the track system grabs on to it, takes over… and starts pulling your car through this long tunnel.

In the tunnel, it gets sprayed with a bunch of recycled water from all the other vehicles, all the contaminants, that have already been through there, a sometimes they’re hit by brush, sometimes they are touchless… either way it’s the same. Either they’re blasted or they’re hit with a lot of these rubber-felt things that are pretty rough, as it’s coming out of that end. Better than keeping your car dirty all the time, for sure… but really not all that good for the long-term health of your paint job.

So it gets through the tunnel, where it practically gets beat up with these strips that are supposed to scrub it… which works by rotating at high speeds, and basically slapping your car a whole lot as they come around. So your car is essentially grabbed at the front end, pulled through this tunnel where it gets slapped around a bunch (probably wondering what it did that would make you so mad at it that you would punish it this way. I mean, think about it… to you, you’re washing your car, trying to clean it up, make it look pretty. To your car, you’re pretty much sending it in there to get spanked, beat up, abused… it might come out a little bit shinier, what passes for clean–if you really don’t know CLEAN–but I imagine you probably hurt its feelings pretty good…)

Okay, anyway, so at the other end of the tunnel, usually there’ll be a guy that jumps in it, who’s going to make a quick pass at your console, then you’ll have guys who will wipe down your inside windows pretty quickly, and the guy that jumps in your front driver’s seat, he’ll wipe down your dash, your front console, your window, that kind of thing…

There are usually three or four guys there. One guy gets the back driver’s window, the other guy gets the two on the other side, and they’ll dry the vehicle down really quickly as it’s coming out of the end of the tunnel and there’s some air blowing there too that helps that process out. The front end driver pulls it out, a few guys come out, wipe down the door jambs, maybe finish drying it off if it needs that.

At some of them, they might upsell you a little bit to it by adding dressing to your tires, things like that.
And they might pull it out of there and put some wax on, which is usually a BAD idea at this point for several reasons…

Is your car REALLY clean? Really? There are still a lot of contaminants in your paint if you haven’t treated it with a clay bar, and by waxing, you’re just sealing them in, making sure the sun really wears on them really well, and doing long-term damage to your paint.

So it’s bad enough, with the waxing, when it’s just a hand application (you know, the squirt on a little pad, run the pad over the car, wait a minute or two, then wipe if off kind of thing.)

By the way, can you believe this passes for “PREMIUM” treatment at most places? Something else to think about. Once you know more about this stuff (and I’ll be posting quite a few articles dealing with the different levels of service and their process, explaining a lot about waxes and paint correction, that sort of thing… so stay tuned) it should be enough to make you really squirm next time you see some “Car Wash” place try to upsell you on a “Premium Detail Service” when you realize what it actually is you’re getting.

So, what I just described is the process you’ll run into at most of your commercial car washes. Bad enough, right? It gets worse…

See, you REALLY get into problems when someone puts a buffer on it who doesn’t know what they are doing (and if they are buffing, or “polishing” your car, as they call it, without having done a clay bar treatment to remove the contaminants in the paint, I promise you they DON’T know what they are doing) because what happens at this point is the machine takes all these contaminants and swirls them around and grinds them into your paint. The buffing pad becomes the equivalent of sandpaper, and you can really destroy a paint job here. Of course, just that kind of thing is done every single day at a lot of these large, industrial car-washes.

And that’s about it… that’s your standard car wash…

I mean, look, if you have an old car that isn’t worth all that much, just some beater you use to get around town, yeah, take it to a car wash. I’m not trying to put them down. They do their thing, and there’s value in it for a lot of folks. It’s WAY better than just letting dirt and contaminants continue to accumulate and never wash it at all… that’s the WORST thing you can do. And that’s fine for a lot of folks.

But what I’m doing here in this series of articles is going through the different levels of care and maintenance for your car, showing the difference between the levels that, of course, none of them are going to tell you, if they even KNOW it, because, well, it’s not all that good for their business to admit a lot of this stuff to you.

But this article series is about… trying to educate you a little about all this, show the difference, so that when you make a decision about which level you’re going to choose for the long-term care and maintenance for your car, it’s an INFORMED decision… that you have the facts about what you’re dealing with… how it fits together.

So yeah, the car wash, which is basically what I’d call “Level 1” is fine for a lot of folks. Not trying to put them down here. They get dirt off cars, might make them smell good for a little while, that kind of thing. And they provide a lot of jobs for high school kids. There is that. And I guess that’s a good thing. Nothing against the car wash.

The car wash is great for a Kia… not so much for your Porsche, or Jag, or Bentley, or Rolls…

If you’ve got a nicer car, something that’s pricy, or a classic or, whatever, you really want to think about the long-term care, and understand the difference between the different levels of service, and how that plays in long-term with preserving and enhancing your car’s value and it’s beauty…

Jimmy Hoss is author of “How To Make Love to Your Car… And Get the Neighbors BEGGING for Pictures.”

He is a lifelong car enthusiast, a Master Detailer, and owner of Hoss Detailing Systems, LLC, a Premier Specialty Detailing shop in Shreveport, Louisiana, dealing in many high-end luxury and sports cars. Jimmy is an expert in Paint Correction.

Jimmy likes to have a good time. His blog is filled with useful advice about detailing, and just a lot of fun stuff from life in general. You can see that at [http://JimmyHoss.com]

You can also visit his company at [http://HossDetailingSystems.com] or call (877) 799-HOSS.