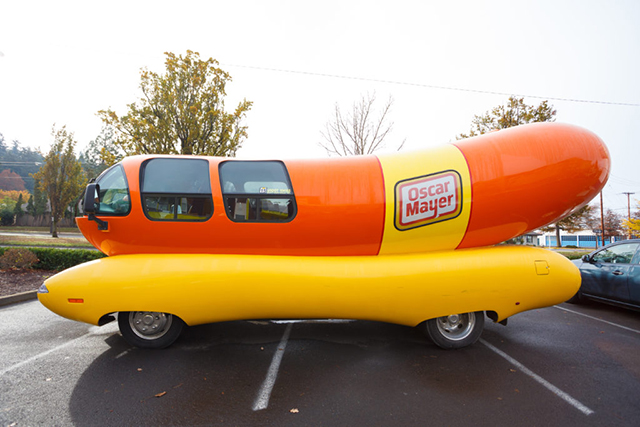 Been There, Done That and Got the Political T-Shirt, Bumper Sticker to Prove It!

America is on the precipice of change. And Hopefully not the change the administration had envisioned when elected 2 years ago. This past Presidential Election proved like never before (at least in my lifetime) that elections, Presidential Elections in particular have consequences. The Healthcare reform law that the majority of American’s stood up against, the Cap and Trade Bill which is sitting in the Senate waiting to be voted on after this midterm election and bail-outs of banks and government takeovers of auto-manufacturers that came to be within 18 months after the 2008 election are all mind boggling. The burden just these three assaults on our economy will create is still incalculable (new word I made up). The burdens are not exclusively financial but also detrimental if not down-right destructive to the core principles our Founding Fathers established in the Declaration of Independence when freeing the people of the colonies from tyranny, and also violently against the tenants of our country’s Constitution. We have an ever-growing range of vehicle stickers for cars, trucks, and vans for your business advertisement.

The financial impact, the stark reality of our national debt, now over 13 trillion and counting, is not making America a stronger country. Sadly, apparently most American’s have forgotten just how big the number one trillion is. It is tossed around like it is chump change. Putting it into perspective and using seconds of time as a form of measure, one million seconds is 12 days, one billion seconds is 30 years, and ONE TRILLION seconds is…are you ready? It is 32,000 years. That’s insane, right? Well, try 13 trillion for our national debt with a projection of closer to 15 trillion before this current administration’s term is up. That is not only insane, that is unsustainable. The National Debt is a travesty and an abominable legacy we are leaving future generations, assuming there is even an America as we know it to leave to them. And folks, this does not even begin to cover it. There is the interest on the national debt and the more money we borrow (from other countries) the likelihood the risk for countries to lend to us goes up and our credit is hit with a higher interest payment. And don’t get too comfortable with 13 trillion as our country’s liability. That is just the debt and does not even begin to touch our unfunded liabilities of Medicare (parts, A, B and D) which totals approximately $89.3 trillion along with Social Security unfunded liabilities of approximately $17.5 trillion. When adding these liabilities to our national debt the total is astounding and breathtaking all at once…It totals over $118 trillion! What is that times 32,000 years? Holy-molly! Can we say, ‘start the printing presses Batman because where else will we get the money?’ And what does a glutton of currency in the market do to an economy? Anybody? Anybody? It creates super-duper, crazy – as in, wheel-barrels-full-of-money-to-buy-a-loaf-of-bread-inflation. Well, that is just lovely. What can we do now?

There is a growing segment of our citizenry that could see the destruction that lay ahead should the lawmakers, lobbyist, union leaders and political organizations continue to go unchecked. Meanwhile, legislators passed into law Healthcare reform bypassing screaming, literally screaming Americans all the well telling them they could know “what” was in the bill after it was passed. Huh? Not so fast. Apparently, Americans could do the math AND read the bill and quickly saw the mess we were headed towards. They stood up without a leader and joined forces, one by one, city by city and state by state. They would not be intimidated. They would be heard by golly. And they were…you betcha. They are the American Tea Party, not actually a political party, no. They are a movement started from a grass-roots level and burning like a wildfire across our nation. They were Americans of conviction, pride and above all else determination. They gathered in rallies across the country endorsing candidates that they believed would hold true to the Constitution. They wore proudly their liberty T-Shirts, their patriot gear and plastered bumper stickers with catchy slogans on their cars they drove across the country fostering their cause. They burned up the phone lines of Congress and the Senate when not personally standing on the lawn of their cities, states and even national Capitals. They were each the fearless leaders of their cause. And in less than two years are responsible for changing the political landscape all over our country. They were true unpaid, non-affiliated community organizers. The Tea Party endorsed candidates beat out incumbents and favorites in political races all over the country. This little uprising has dumb-founded the DC establishment and the main stream media. Not that they needed to “find dumb” as it was more than evident to most that they were already deaf, blind, and dumb to the pulse of real Americans. It has been amusing really, to witness the media elite and so called intellectuals contort themselves inside and out into talking point pretzels in an attempt to weaken, subjugate and demoralize Tea Party members and advocates. Their proponents have attempted to humiliate and ridicule their ideas, beliefs and passion by calling them names, and placing ideologies and behaviors that were neither favorable nor true about them, on them. Jokes on who now? The Tea Party with their catchy bumper sticker slogans and Freedom loving, Liberty touting T-shirts have helped to re-create, the feeling that it can be “morning in America again”. The dawn of real positive change is upon us but we have to see it through. We have to vote on November 2nd. Make it a celebration of America and perform the most important task this year…go vote. Don’t miss out!

There is still a chance to turn this ship around. The work isn’t over. It has truly just begun. After the elections, it is inherent upon those who wish to see America prosperous again to continue to support the lawmakers who respect the rule of law and the Constitution. The fundamentals that allowed America to grow and create wealth and industry for our countrymen and others can be restored. And they will be restored. The entitlement programs that have become bloated and crippled our economic health have got to go. Our culture of charity has to come from individuals and communities not from the government. And the government expansion has to be stopped. From the years of 1960 to 1990 state and federal government employees expanded from 6.4 million to 15.2 million according to About.com. That makes the US Government the largest employer in the United States. Of those federal employees, which by the way exclude the White House, Congress, the postal service, intelligence agencies, and uniformed military personnel, 19 percent make more than $100,000 per year. That is up from a reported 14 percent before 2008 when the recession began. Say what? And, that is before overtime and bonus pay! The average federal employee’s pay is $71,206. Compare that to the private industry average pay of $40,331. Is it any wonder then that more than one third of Gallup polled Americans chose a federal government job if given a preference? Question where does the money come from to pay the federal employees? Of course, I know the answer but it drives home my point. We pay for it through tax dollars. How can that continue especially when it is projected that federal jobs will continue to grow by another 15-16 percent in the coming year? Tell me again how this works and we are still a democratic republic. Oh, did that one stump you? Yea, we are not a democracy. Try though as they have over the past few decades to convince us that we are. But I am off point. More to the point, bloated deficits, out of control spending, reckless regulating/deregulating, overgrown government and irresponsible and reckless leaders….gotta go. Bah-bye! See ya later alligator – gone! And good news, I think this is achievable.

The American public is more awake and more engaged than ever before in history and they are as the founders had hoped – informed. This is not a time to point fingers and place blame anymore. Nope, we have been there done that and got the T-shirt to prove it. That is not a step forward but rather a step backward. Both sides have screwed us over. Their differences have become blurred. Not really a good thing, as their ideologies do not promote equality, freedom, liberty and individualism. They were on the path, taking us back through time, to a form of serfdom. And we have been following them blindly – too busy with the day to day chores of living, raising a family and entrusting our leaders to represent us in Washington. Uh-oh. Katy bar the door! They went too far when we weren’t looking. And they thought we wouldn’t notice. Silly wabbits! The stock-shock of September 2008 was possibly a blessing in disguise although we might never admit to it. It was painful for many and costly for the weakest among us. But it jolted us out of complacency. The outrage at the circumstances that led to the large corporate failures and financial losses forced us to question and demand answers. When shit hits the fan I try to ask ‘what am I supposed to learn from this?’ Americans learned a lot from this! We turned Washington and Wall Street upside down looking for answers and solutions. In doing so, we discovered acutely not only did we not like the government cure, we liked even the less the apparent track that we were headed. Voila – the Tea Party was born and an awakening began. Did you know more Americans identify themselves as being in-line with the views of the Tea Party Movement than either of the two political parties? Hmm…Wonder why that is? Can I just inject here that it is because the majority of Americas are clued in to the goings on in DC and man…the gig is up! We got their number. We are reading the Constitution and history. As a result, the bow is starting to turn back to the course that we were sent on over 200 years ago in this great experiment called America. And we are invigorated by that possibility. We are demanding to know where in the constitution lawmakers can support sponsored bills. So much so, that there has been a recommendation that future bills site where in the constitution the bill or regulation they propose can be supported. Awesome!

Now is the time. And in the words of Thomas Paine, “these are the times that try men’s souls”. We must have the courage of our convictions and know what we believe. Now it is time to vote, roll up our sleeves and get to work. Return to the fundamentals, restore trust, and grow our economy again. We do that and we all win. It won’t be easy. Nothing worth its salt ever is. There is no such thing as a free lunch or a free ride. And honestly only a fool’s fool doesn’t know there are significant strings, if not chains attached to that “free” lunch. There is however Freedom… and the right to life, liberty and the pursuit of happiness in the land of America. Join me and be a voice for freedom. Vote November 2nd, your voice and your vote matters.

Sara Lope, a Texas girl, works on website and store, gives us an opportunity to be a voice of Freedom and creative. Tea Parties [http://www.usarallystore.com] Items – Take a look at our patriotic merchandise such as American t-shirts, bumper stickers, a rally pack and our favorite prop, the pitchfork. 10% of our profits will be donated to a non-profit charity. Website: [http://www.usarallystore.com]